Posted On October 7, 2014  By Bird Limousine  And has No Comment 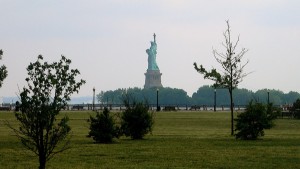 The historic Central Railroad of New Jersey Terminal (CRRNJ), a grand setting for much of New Jersey’s transportation history in the northeast, sits prominently at the north end of the park. A two-mile promenade, Liberty Walk links the picnic area, Interpretive Center and the CRRNJ Terminal while presenting visitors with a sweeping view of the Hudson River. An outdoor performance area and other improvements mark the northern section of the park, while the western portion is dominated by the state-of-the-art Liberty Science Center.

Liberty State Park also is the only location in New Jersey with Ferry service to Ellis Island and the Statue of Liberty.

New York City is larger than life: in population, in square feet (think of the five boroughs), in culture and food, in arts and entertainment. Visitors to New York have the world at their fingertips, from Uptown to Downtown and beyond. There’s so much to do and see, no two visits will ever be quite the same. Whether it’s your first visit to the city or your fifteenth, these top things to do in New York capture the energy, spirit and style of the city.

Why take the confusing subway or an expensive taxi to see Manhattan when you can do it in serious style?
See New York City in a city slicker style with our private tour in a chauffeured limousine around the city.
Call Bird Limousine Now to book for your tour. 609-423-7911